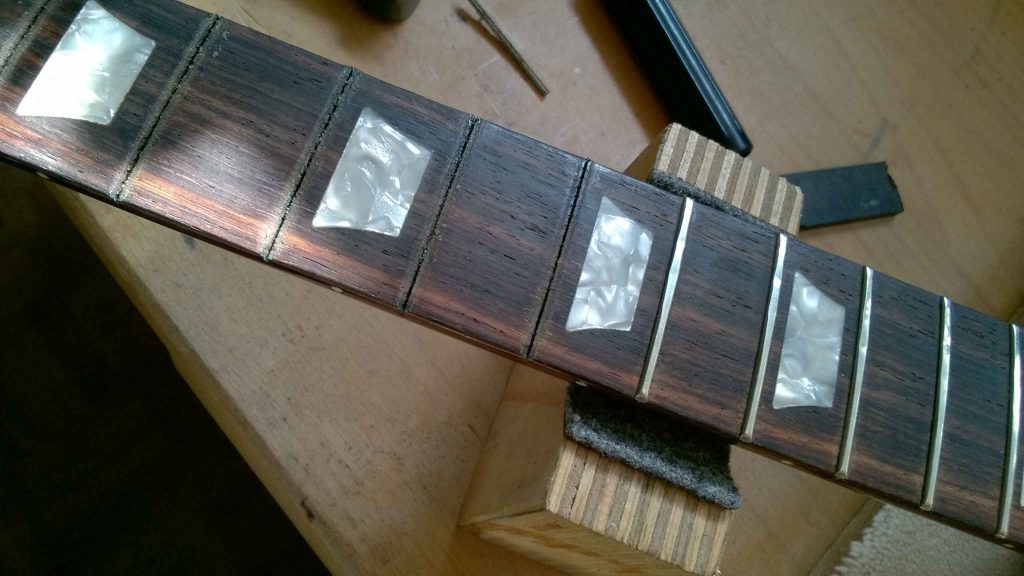 This Les Paul Studio was brought to me because of fret buzzing and bad intonation.
The frets were well played and had deep grooves which caused the buzzing. Often, they can be levelled and recrowned to solve that kind of problem.
But on this instrument the frets were to worn and had to be replaced. 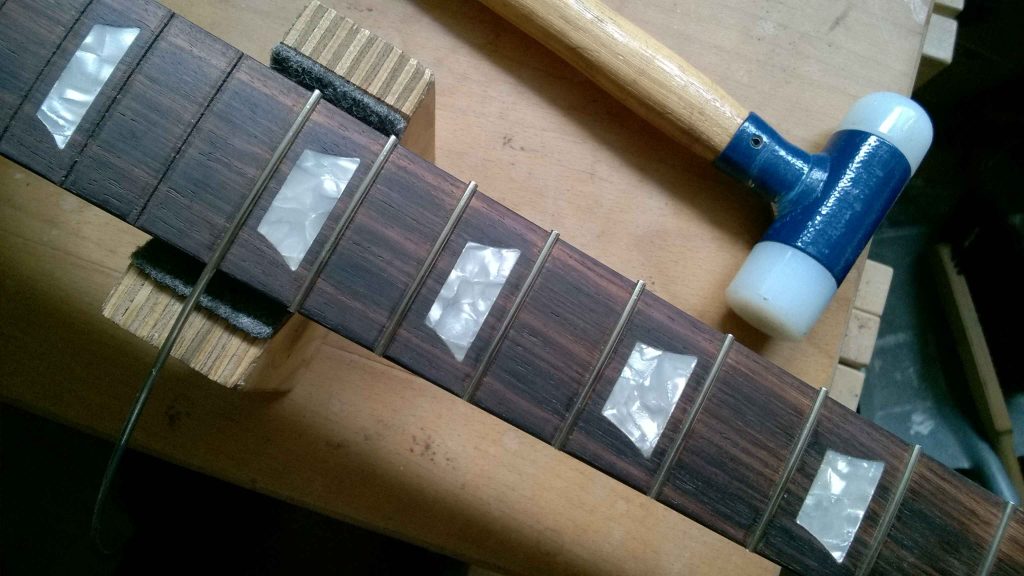 I took them out, sanded the fretboard to make sure it’s level and put in new frets. Because the fingerboard wasn’t bound, this was easier than on one with a binding around it.
After putting them in, I filed its ends flush, levelled and recrowned them.
Because they didn’t have the same height than the old frets, an new nut had to be made. The blank, made of unbleached bone, had to be shaped to fit the fingerboard und slots had to be cut. 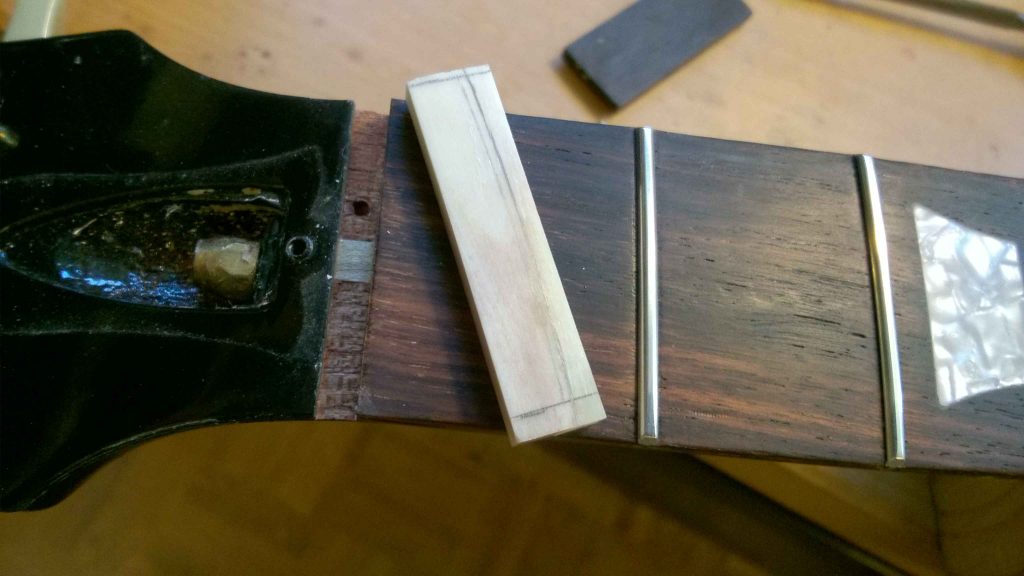 After putting on new strings the slots were filed to their correct depths.
Now it can be played again without buzzing nor notes that are slightly off key. 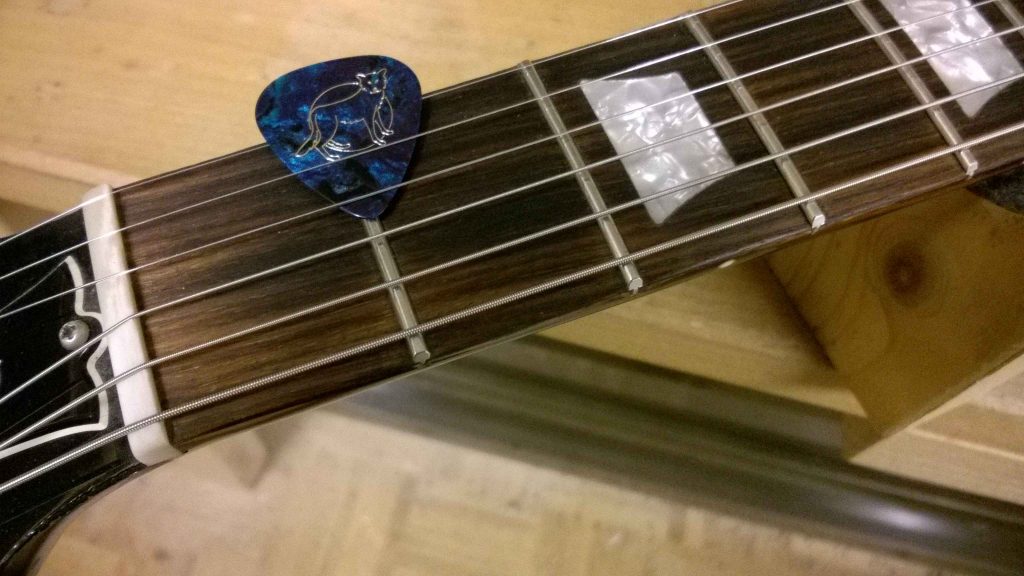