A client who is lefthanded brought this beautiful instrument into my shop. When he first started playing, he held a guitar it like right handers do. After a while he felt stuck at a certain stage and was unable to get any further in his playing so he switched to playing lefthanded guitars. Time proved him right, he felt much more at home on lefty guitars and was able to widen with his skills.

Unfortunately he couldn’t play his beloved and expensive Washburn anymore and asked me if it wasn’t possible to turn it into a left handed guitar by cutting a second cutaway into the other side of the body.

I realised it would take much more than that: The controls and the switch would need to be on the other side, it would need side dots in the fretboard, it would have to change the posts of the bridge and much more.

After a bit of thinking I agreed to do the job. It turned out to be a huge challenge which took me a long time to finish but the result was worth the effort. 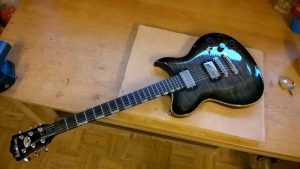 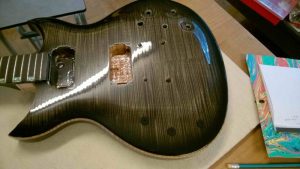 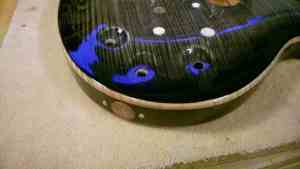 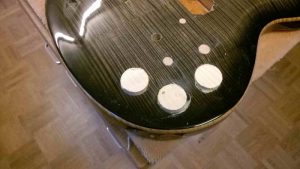 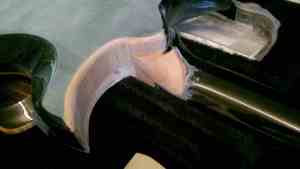 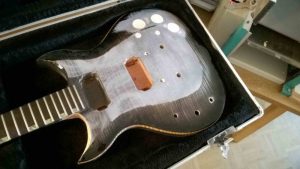 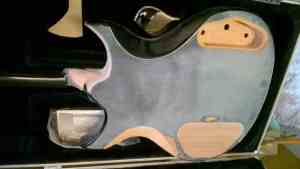 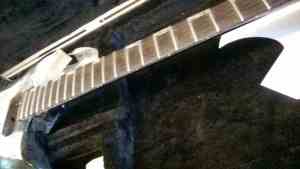 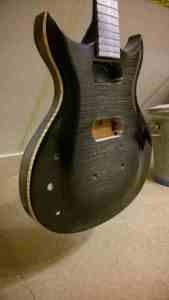 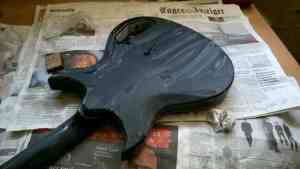 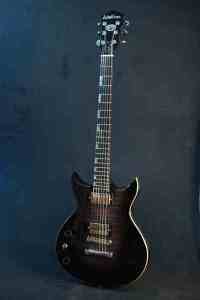 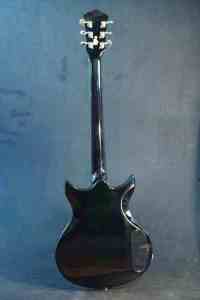 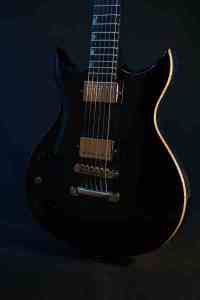 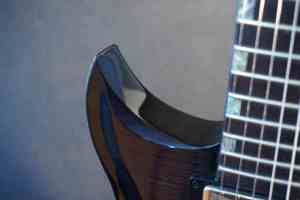