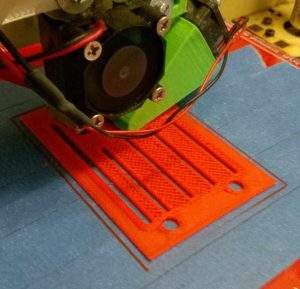 I’ve been fiddling around with 3d printing for quite a while now.

I was fascinated by the concept of turning a virtual model into something real by pressing a couple of buttons on a machine.

Of course it’s not as easy as I had imagined and it took a couple of sleepless nights and quite a bit of headscratching but now I’m able to model and print small objects. Most of them are little helpers in the shop or replacement parts for tools or machines that are too intricate to make from wood or metal.

When my friend Dominique showed me his acoustic bass I realised that this was an opportunity to use my abilities on an instrument: The cover of the preamp on his acoustic bass had disintegrated and was completely gone. The preamp itself was dangling on its cables inside the instrument and it had a big hole in the upper side where it used to be left the bass useless 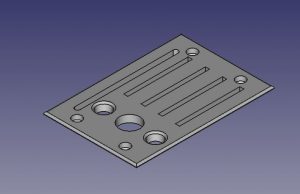 I measured the routed cavity and the position and the sizes of the switches and the pots. Then I drew a 3d model and printed a prototype. 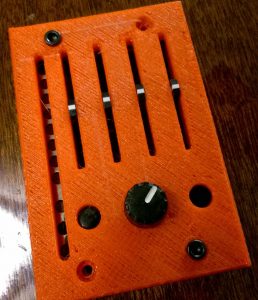 It looked ok but some of the measurements I had taken weren’t correct and the tolerances I had used were too small.

After having made adjustments I printed the final version. Unfortunately that one didn’t fit properly either so I had to make a couple of changes and print it again. This time it worked and the bass now has a red preamp cover. 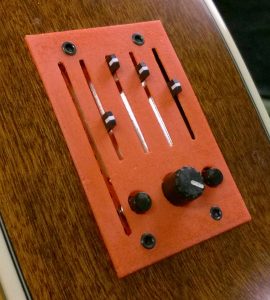